Why should you work with Birrus? 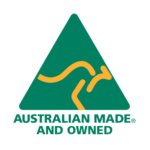 A Legacy of Leadership, Innovation and Quality

When Cecil Rusden founded his company under the name of Rusden Birrell, in August 1948, he could not have imagined that the business story he was starting would span seven decades and three generations of his family.

From their factory in Melbourne, Rusden Birrell quickly became known for bringing the best in design thinking and engineering products to Australia. Cecil was a passionate engineer, innovator and businessman who both imported and manufactured engineering products for the Australian market. The Rusden Birrell factory in Fitzroy became an important local employer helping to develop local engineering skill-sets. To this day the Rusden Birrell sign is still a local landmark on Johnston Street in Fitzroy and a reminder to our staff and customers of our heritage.

A New Direction for the Business

In 1965, Cecil sadly died and a new chapter in our history began. After marrying in 1964, Cecil’s son, Gregor, had emigrated to England. A brilliant engineer in his own right, he had established a career there in truck design and found a new passion in British classic cars including Bentleys and Jaguars. Upon learning of his father’s unexpected death, Gregor came home to Australia to take up the reins of the family business.

It was during Gregor’s early years at the company that the license was secured to manufacture the Matador range of entry matting in Australia. Gregor had seen this matting in the UK and knew that there was a demand for a high-quality commercial matting system here. The Matador mats were handmade, expensive and only suitable for the prestige buildings of the day. They also had an unfortunate habit of trapping the high-heels of women’s shoes. Gregor knew he could come up with better designs and that is just what he did.

In the early 70s, under the new name of Birrus Engineering we became one of the first companies in Australia to start manufacturing matting systems designed here. This was the start of what would become the focus of the business as it became a market leader in matting systems and flooring safety products. Through the 80’s and 90’s the business continued to grow in Australia and internationally.

In 2001, Birrus Engineering ceased trading, the matting division continued under the name Birrus Matting Systems – the company that we are today. This new focus on our most successful product areas allowed us to cement our position as a specialist manufacturer and leader.

Birrus Now and in the Future

Today, Birrus is owned by Gregor’s three children, Jane, David and Anna. Together they are committed to adding new chapters to this story. We know that Cecil and Gregor would be proud of how far the business has come. They would appreciate that the core drive for engineering excellence and cutting-edge design that has always driven the business is sure to maintain its position as a market leader. Our future is bright, and we are working hard to deliver innovative products, backed by the levels of service that have underpinned our brand for 70 years. This third-generation, Australian-owned business is one of the most recognised names in our field, trusted by architects and builders alike.

A skilled and professional team.

The Competence of Our People

Our people are what set us apart. Our team of experienced professionals are here to support your decision making with information and advice you can trust.

At the forefront of design.

Throughout our history, technical and design leadership have ensured that we remain at the forefront of our industry and our products feature in many of Australia’s best buildings.

Products that won't let you down.

Your Confidence in our Products

If you would like to consider one of our matting systems or floor safety products for your next project, you can request product samples. We’ll send these to you so that you can judge the quality of our products for yourself.

Our team of experts is here to help you. If you would like to discuss your needs, request samples or get more information, call or email us today. We pride ourselves on unbeatable customer service to support our clients.